You are here: Home / Draft / Update Image for URL in Twitter

Recently, when one of my imageless posts was shared on Twitter, I added a featured image so when it is shared in the future it looks better. However Twitter caches the information for the tweet so even though I had added the image, the image was not displaying in tweets.

To clear information associated with a shared URL, I did the following.

Then I entered my URL https://salferrarello.com/functions-plugin-mu-plugin-wordpress/

After clicking Preview Card, the rendered Twitter Card (with image) was displayed. 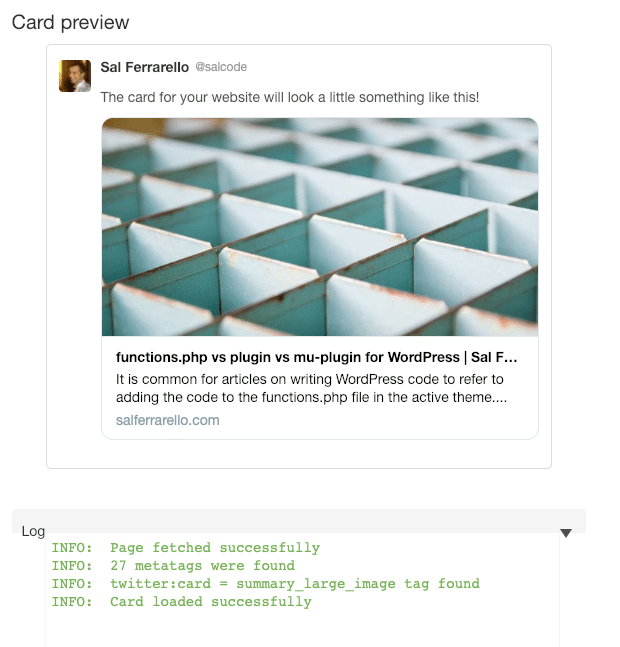 Why are Featured Images Important

Featured images (with the help of the Yoast SEO Plugin) populate the Twitter Card when a URL is shared on Twitter, which significantly improves the appearance of the tweet.

Why Do I Have Imageless Posts