You are here: Home / Solution / Solving a Rubik’s Cube

I’m a big fan of the Rubik’s cube and the mystery surrounding them. I can remember messing up a Rubik’s Cube and then handing it off to my grandfather who would take it home, solve it, and return it to me a few days later.

How to Solve a Rubik’s Cube

There are a few different beginner methods for solving a Rubik’s Cube. This is the third method I’ve tried and it is my favorite by far. Ethan Rhoads, the son of a co-worker, introduced me to this method.

This video by Badmephisto walks through the solution. 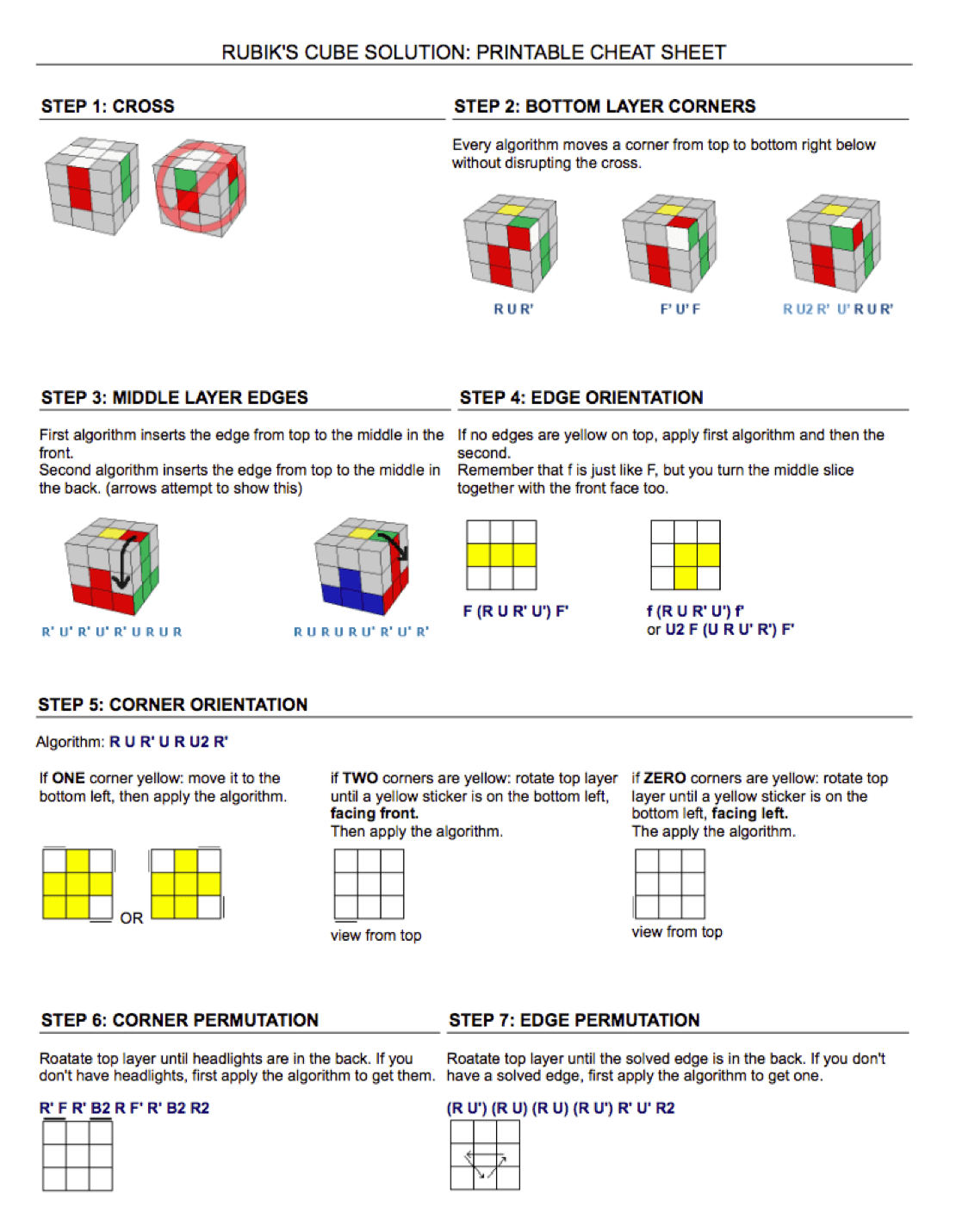 Going back to my original Rubik’s Cube it is amazing how difficult it is to turn. I highly recommend getting a speed cube.

Personally, I’m a big fan of this Rubik’s Speed Cube. There are other popular speed cubes that have a more modern appearance but I’m partial to the original look.

Proud of my 1:51 Rubik's Cube solve with @bluehost at #wcmia (but not fast enough to win) pic.twitter.com/NgZC3E464j

I have fond memories of watching this Rubik’s Cube cartoon and wishing I knew how to solve one. Unfortunately, despite the many times I’ve now solved a Rubik’s Cube the amazing Rubik has not yet appeared 😀.