Why Would One Need This?

Sometimes when replying to a comment, I fail to reply and instead create a new comment. This prevents the comment thread from displaying properly. In the past, I’ve fixed this directly in the database. This plugin, allows me to fix it from the backend comment edit screen.

An Example of Needing to Change the Comment Parent

When commenting in response to another comment without using reply, which comment you are replying to can be ambiguous. 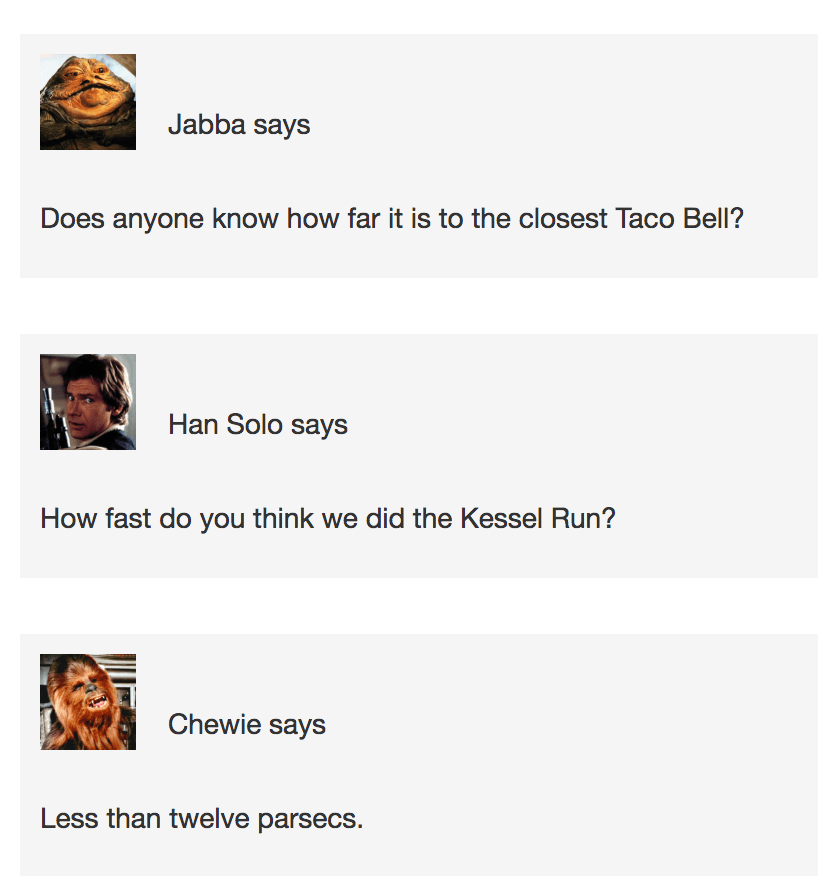 In this conversation it is ambiguous whether Chewbacca’s reply is to Jabba the Hut’s question about the distance to Taco Bell or Han Solo’s question about the time completing the Kessel Run. We know that a parsec is a unit of distance, not time, so Chewie is responding to Jabba. Had Chewie used reply when posting his comment, this would have been clearer and Han would never have bragged in A New Hope,

It’s the ship that made the Kessel Run in less than twelve parsecs. 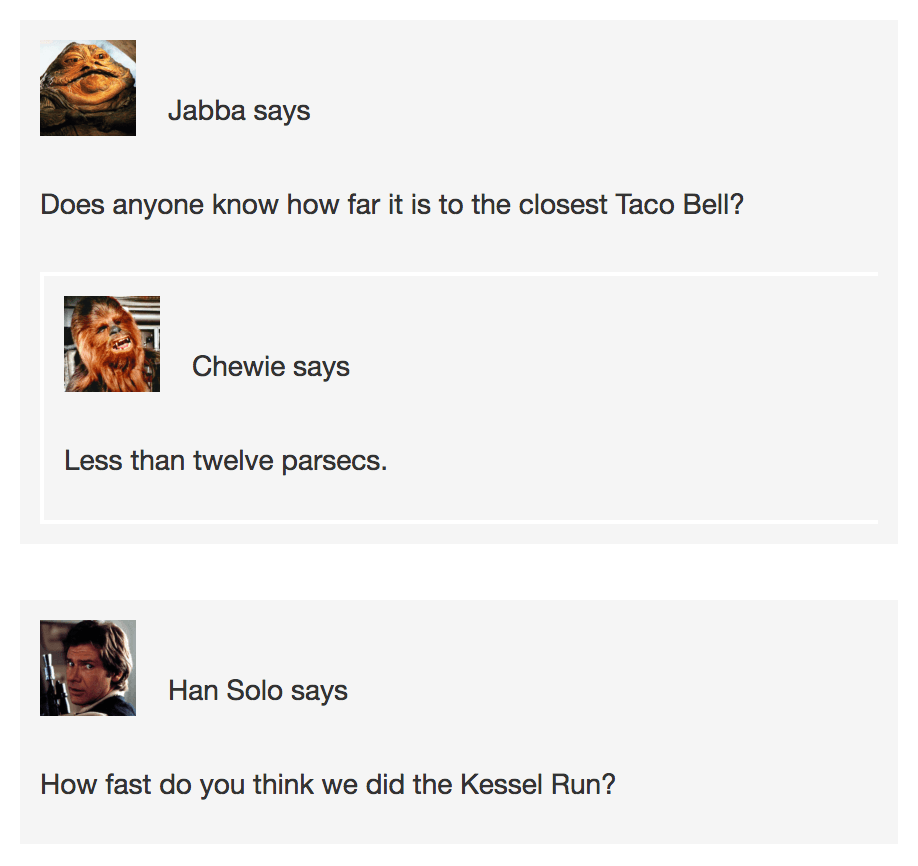 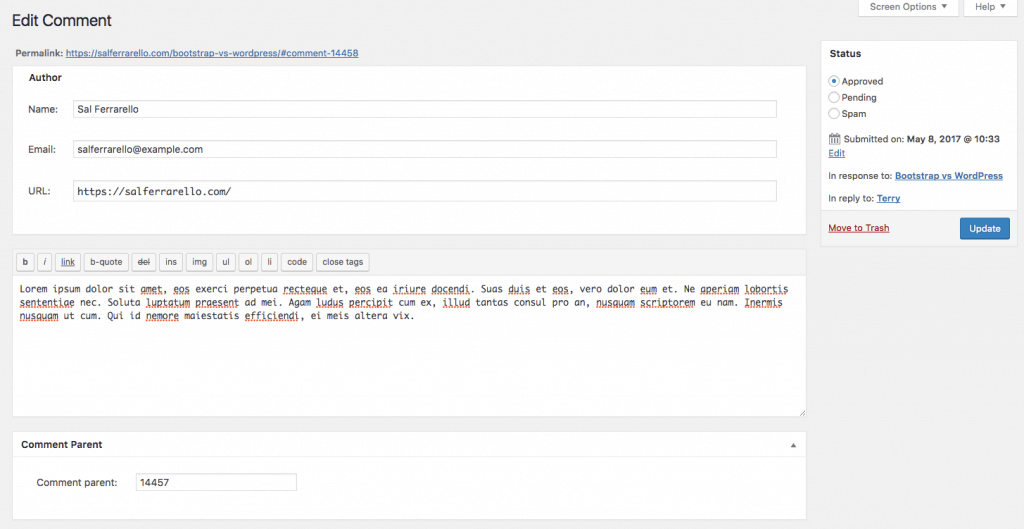