Let’s look at how to resolve two Git branches that have diverged by creating a Git merge commit (your other option in this situation is to perform a git rebase).

As discussed in Visualizing Git Branching with Blocks, we can’t do a fast-forward merge when the most recent commit on the receiving branch (e.g. commit C on main) does not appear in the branch we are merging in (e.g. branch feat/d). 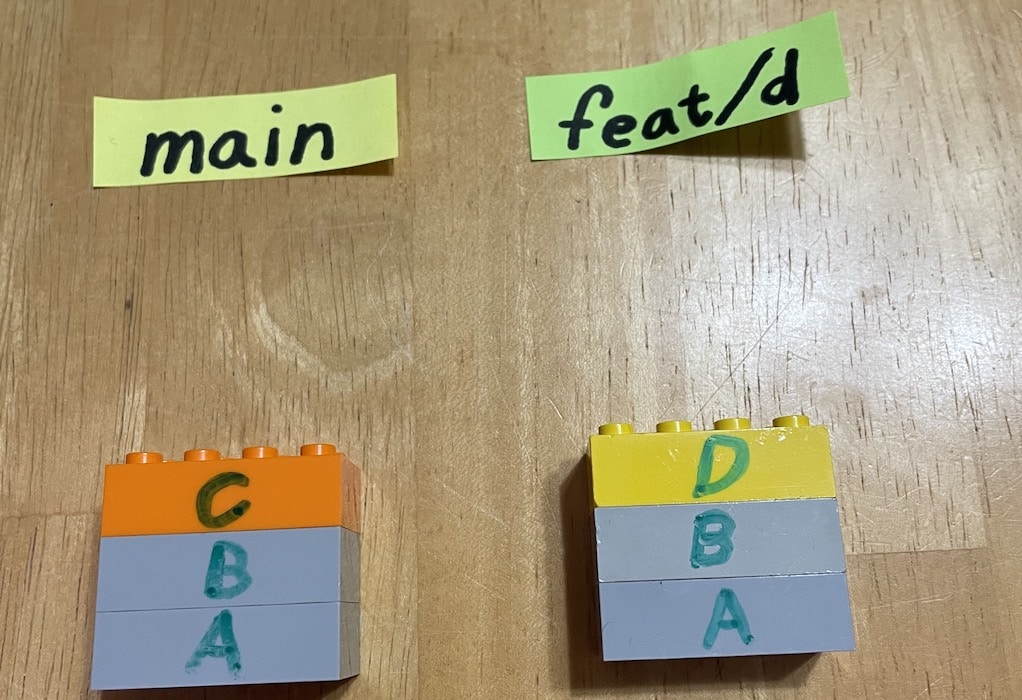 A Commit with Two Parents

As discussed in What is a Git Commit?, a commit includes a bunch of information including the commit hash that came directly before it (the parent commit).

Typically, a commit has exactly one parent. In the case of a merge commit, there are multiple parents.

After running git merge feat/d to merge feat/d into main, Git will create commit (MERGE) which has both C and D as parents).

This allows us to merge these branches that have diverged without rewriting either of their history. 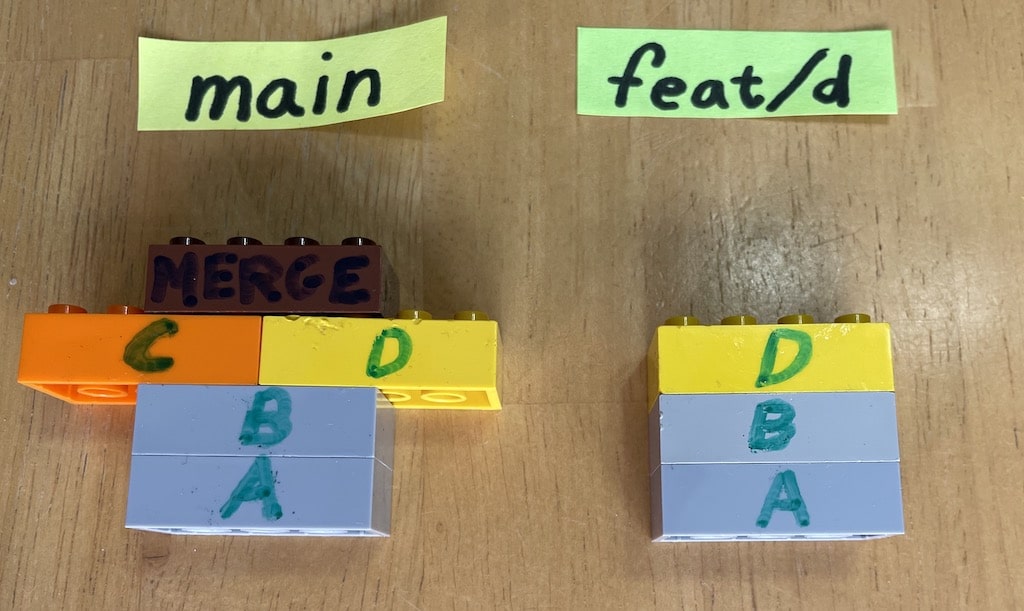 Tracing back through this graph we can see the branches diverged after commit B (2b4a38b).

Even though commits C and D are adjacent to each other in Git, they are not displayed that way with git log --oneline --graph. Spacers (|) are included in the output while the commit is noted with an asterisk (*). While visualizing this with blocks, I like to think of transparent blocks for the spacers. 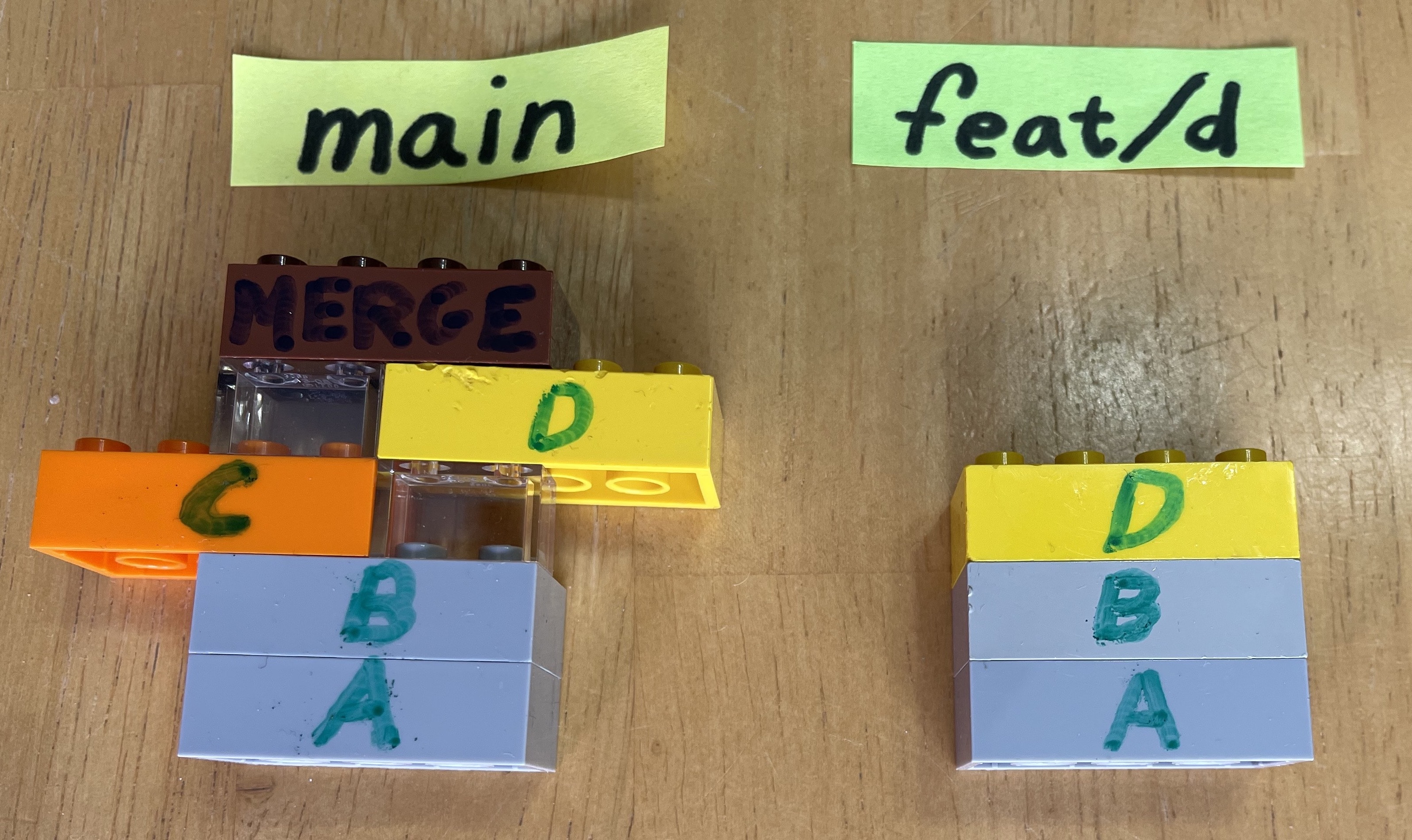 In the above output, we can see there are two parent commits. The first is 5d408f9 and the second 163fe29. These values match those that we see when we run git log --oneline --graph.

After the code is corrected, we stage our changes with git add and then complete the merge with

History is not Rewritten

The biggest advantage of using a merge commit (over a rebase) is it does not rewrite your history. You can now push your changes to a server without overwriting history.