One of the challenges I found in creating better commits is that I often had other changes in my files. Running git add . (or my preferred git add -u) resulted in unrelated changes being introduced in my commit.

Then I learned about git add -p.

Using git add --patch (or the short version git add -p) prompts you for each section of changes (a.k.a. hunks), which you can either stage for your commit (y) or skip for now (n to be included in a later commit). 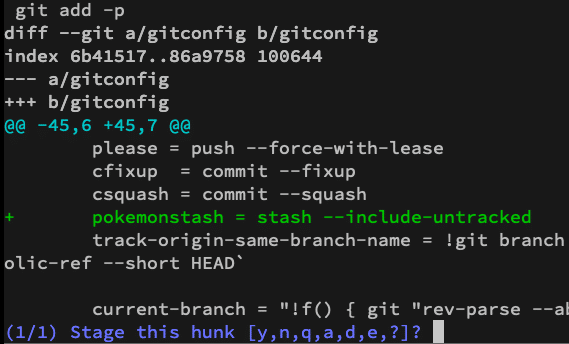 Reviewing Your Changes Before Commits

From the Command Line

will show you all the changes that are currently staged. I think of this as a preview of the commit I’m about to create.

As a Preview in Your Editor

You can modify your Git configuration so that whenever you author a commit in your editor you can also see a preview of the changes that go with that commit. See how to Preview Your Changes When Writing Your Commit Message.